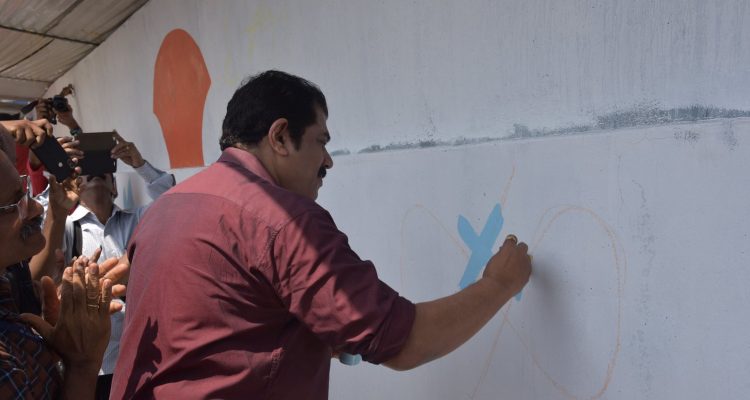 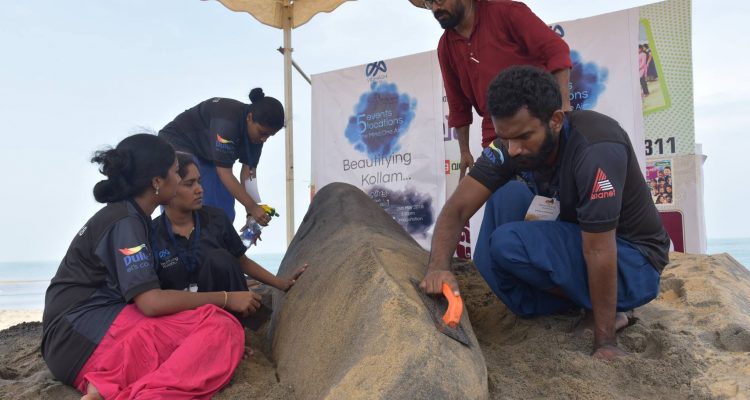 Vidhash 2018 commenced with a grand opening inaugurated by the Kollam District Collector, Dr. S Karthikeyan IAS. This creative inauguration ceremony was lit up with a bit of glamour and glitter from the celebrity side. Smt. Cuckoo Parameswaran actor from the Malayalam film industry and designer launched the activities of Vidhash. Baby Anavadhya, Asian record holder in caricature, and Executive Director  were also present.
The second day of Vidhash 2018 began with vibrant colours and an event launch by famous actor and MLA Shri Mukesh. Students from across the state gathered with enthusiasm and vibrancy to compete for the best visual depiction and social message on the walls of Sir Sambashivan Bridge Chinnakkada Kollam.
Sand Art and an installation done by the students of KSID using wasted plastic bottles attracted the eyes of many around. How much simpler could one state such a message: “a product used can actually be re-used in another form…don’t through plastic away and don’t pollute the world more!”
The students of KSID interacted and explained their concepts to the public and the guest that visited. The vibrancy and energy continues as students gear up for the next events across the next two days as well.