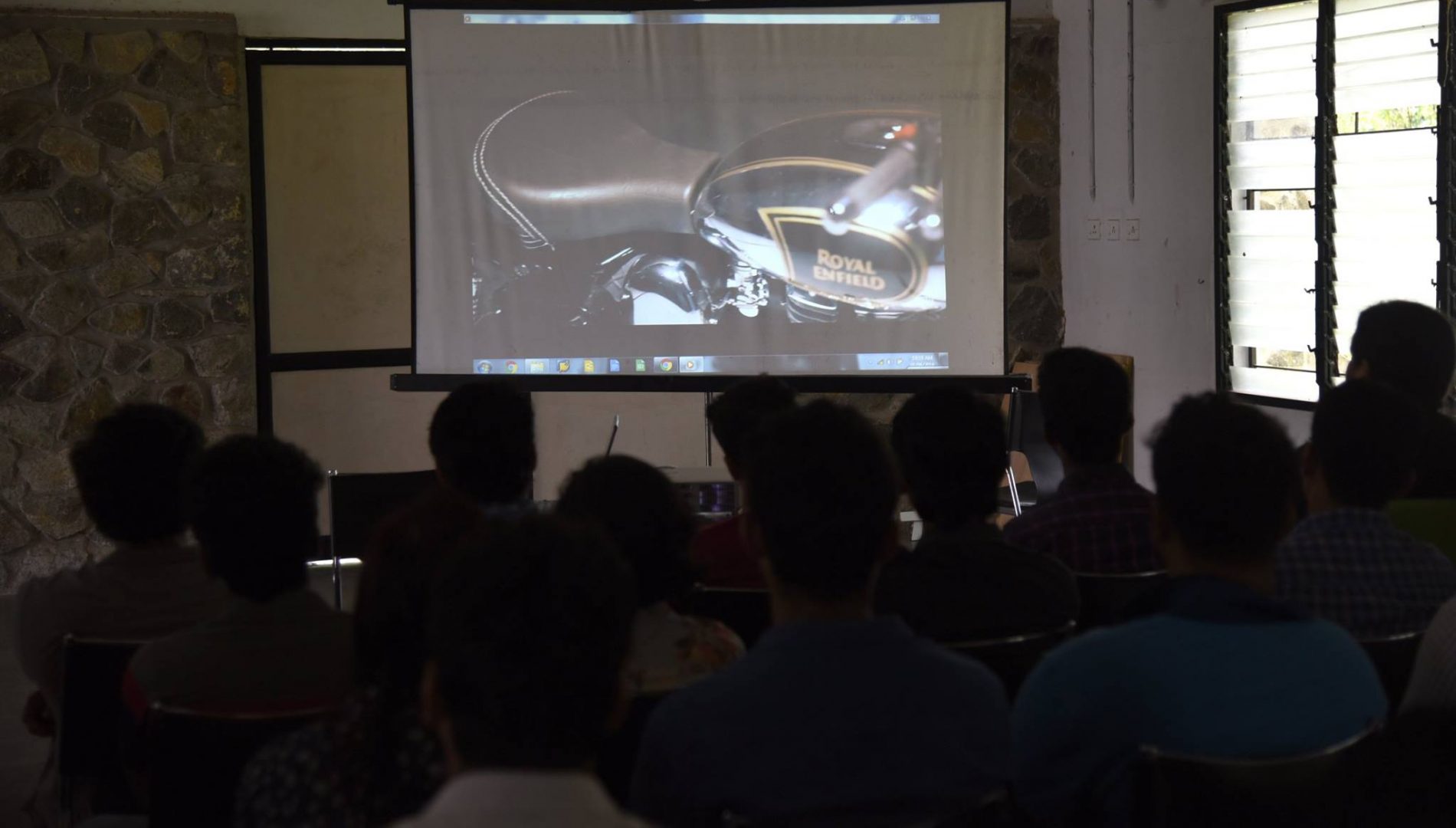 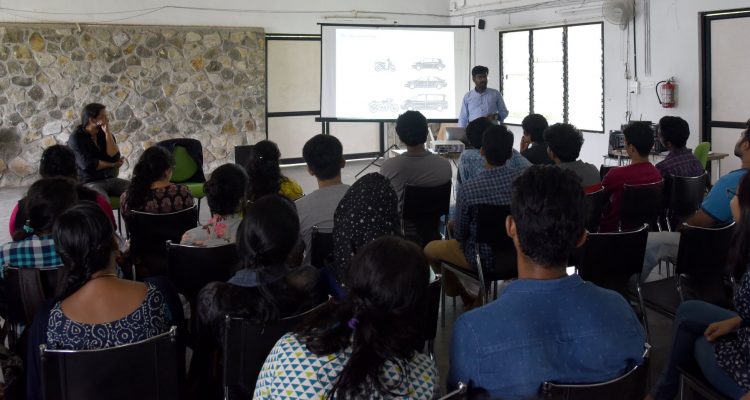 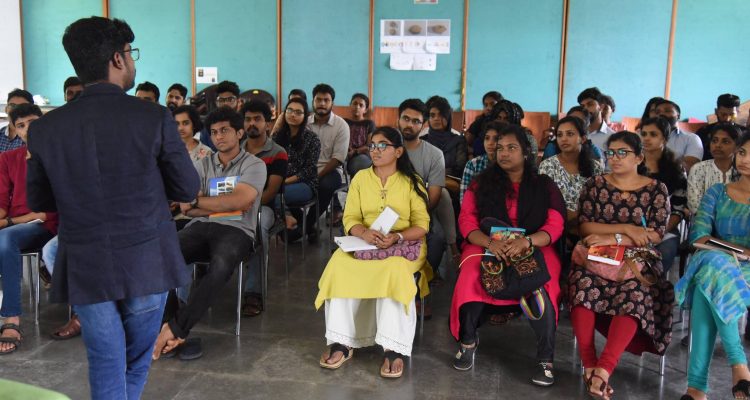 Kerala State Institute of Design, Chandanathope, Kollam was hosted senior members from the Royal Enfield Design Team in its campus on August 1, 2018 for an all-day design seminar with the students of KSID. It was homecoming for the Royal Enfield to Kollam, since Kollam district is credited to have the largest number of bullet owners in India, as per a study by Royal Enfield. The Royal Enfield team was represented by Mr. S. Sivakumar, Head-Industrial Design in Royal Enfield and Mr. Vijayanta Singh Deka, Group Manager-Industrial Design Studio in Royal Enfield. The session started with a short video on the making of a miniature Royal Enfield Classic. The level of detail and the skill involved in creating this miniature product was both impressive and inspiring.
Mr. Sivakumar took over the design leadership of Royal Enfield in 2006 and is a decorated designer, with vehicles such as the Thunderbird, RE Classic, The Himalayan, etc designed under his vision. He discussed on Design in general, followed by a presentation on the various stages of design that take place to create a Royal Enfield Motorcycle. The participants were given a journey from the design strategy, through concept generation, sketches, sculpting and clay modelling, styling to the final product. Following this, there was a lively discussion among the participants and the guests on the present and future aspects of design, especially in the context of the automobile industry. The issues discussed included things such as sustainability, and the effects of Artificial Intelligence in design fields.
During the second half of the seminar, Mr. S. Sivakumar delved deeper into the stages of designing a Royal Enfield Motorcycle. For students, many of them just starting their design course, this was a fantastic opportunity of getting an inside look into the world of professional design. He also pointed out the attributes they were looking out for in young designers. He also encouraged students to look within while designing for the Indian context in order to create more culturally sensitive and relevant products. He further emphasized on a point, which he had made throughout the day – the importance of the ‘right design’ over the ‘best design’.
The event was concluded by a short speech by Mr. Manu T., Program Coordinator – Product Design, KSID, thanking the guests and highlighting the importance of such a student-industry interaction. The day offered participants an incredible opportunity to understand the world of design from the perspective of professionals and appreciate our own society’s inbuilt design ethos.