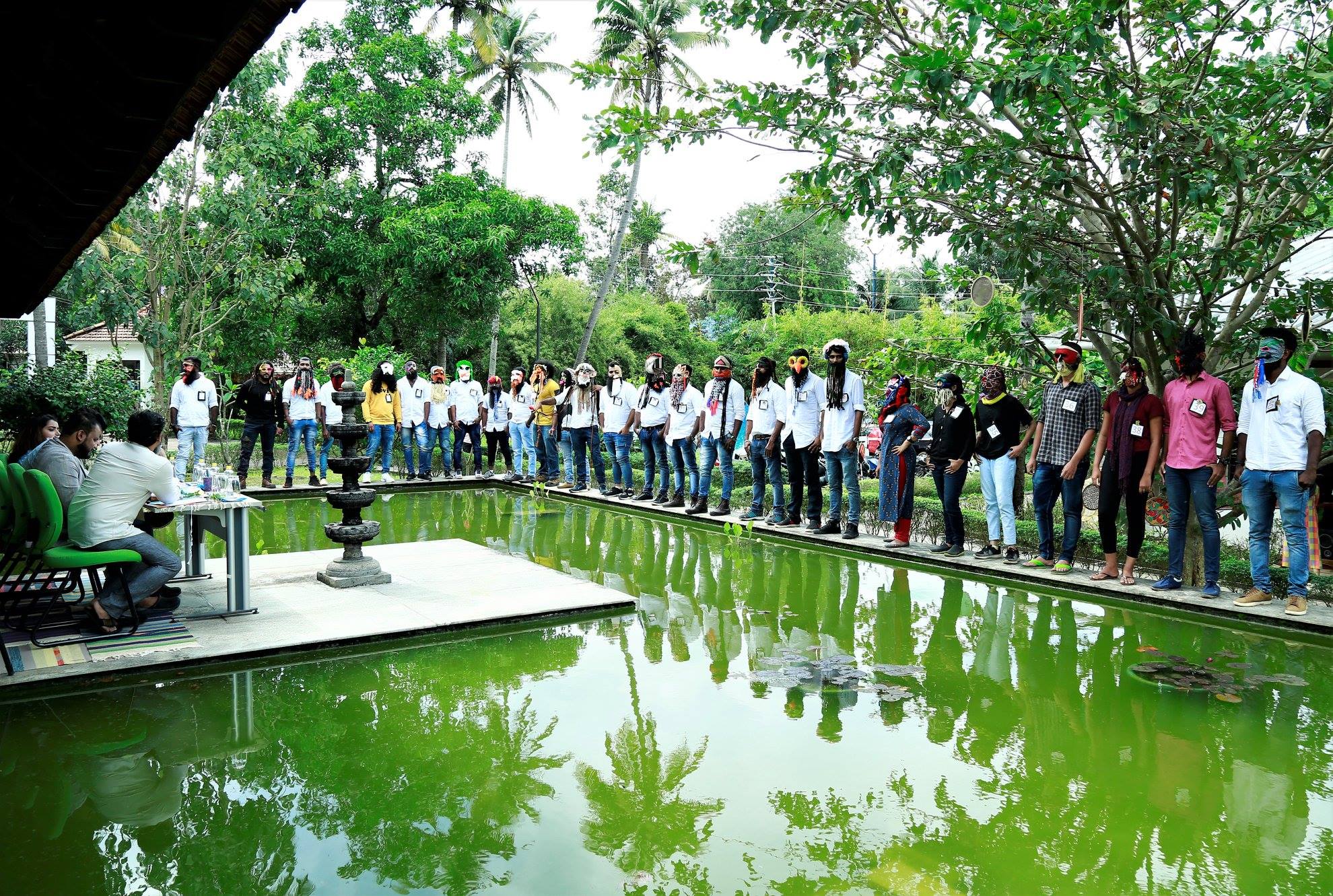 WITH ETHICALLY ORIENTED, TRAIBLAZING VISIONS THE COURTYARD OF KSID TURNED INTO A NEW & NEVER EXPERIENCED RUNWAY OF TEXTILE APPAREL ART CONTEST  T A A, SUPPORTING NO SHAVE NOVEMBER ON SATURDAY, NOVEMBER 3RD AS PART OF CONVOCATION 2018. ITAD FACULTY AND STUDENTS CONCEPTUALIZED TAA FOR   THE DESIGN COMMUNITY AND TALENTS ACROSS KERALA.

TRADITION has been there for years, it is only taking shape every year & what excited this year was the T A A contest planned @KSID by the TEXTILE and APPAREL DESIGN faculty and students, supporting Men’s Health and Cancer Awareness in the form of TeX FaCE ARt with the usage of worn out Textiles and Swatches.

The contest that was conceptualized for the November month with strict usage of textile materials with the fact as about to reduce, reuse and recreate 40% of clothes that are Rarely or Never Worn to the HAIRIEST MONTH OF THE YEAR.

In an effort to create awareness of NO SHAVE NOVEMBER, KSID and ITAD raised this platform for the FIRST TIME IN INDIA. There were more than 35 contestants, and the contest was open to all the creative and talented people and community.

The HIGHLIGHT of the show was the strong support and majority participation from the team of ‘KERALA BEARD SOCIETY’, The team was lead by active members Mr. HARRIS & Mr. SUMAN Beard Bros from KOLLAM. Students across Kerala also participated and showcased their talents. The choreography set against the water body was astounding. The event took over the limelight in all print and digital Medias and getting featured almost every fortnight.

The proud factor of this goal achieved by ITAD, KSID, is an event that was stylishly shared with the importance of this November cause driven month and also a platform for beard bros supporting menshealth across the cities and metros of Kerala. The concept that was new and innovative was highly appreciated and has been also countlessly featured in various new prints of neighbouring cities with utmost SHOUT OUT!